A Nigerian man has revealed why he can never trust a woman after his painstaking experience with three of his ex-girlfriends.

The Twitter user, identified as @Bigstiff1994, took to the platform to state this while narrating how his close friend slept with his three ex-girlfriends without any stress or coercion.

He shared screenshots of his conversation with his close friend who recounted how he bedded three of his ex-lovers without spending a dime on them.

In the chat, the friend said he slept with the first ex because he heard her moaning loudly while having sex with him “@bigstiff’ so he decided to make it a mission to also have a taste of her body.

For the second ex named ‘Berry’, he said he lured her to his apartment under the guise of consoling her over a tragedy and slept with her in the process.

For the third ex whose name was given as ‘Jennifer’, the friend said he contacted her on Facebook and they began chatting and exchanging nudes. One year later, they met physically and had coitus.

The Twitter user said he was heartbroken by his friend’s revelation because the ladies in question knew he was his close friend.

See what he tweeted below:- 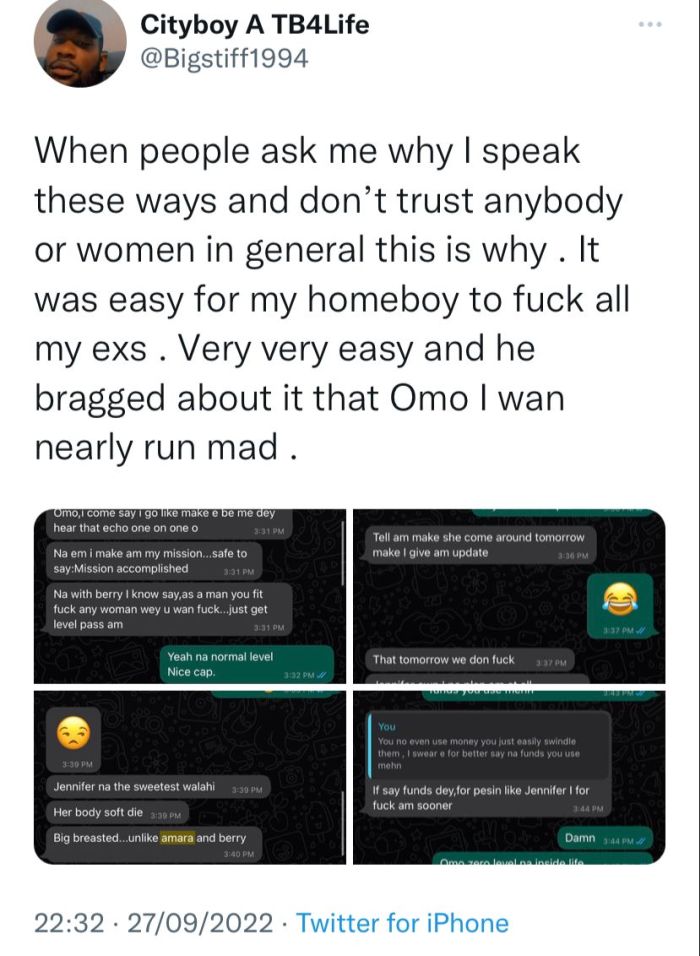 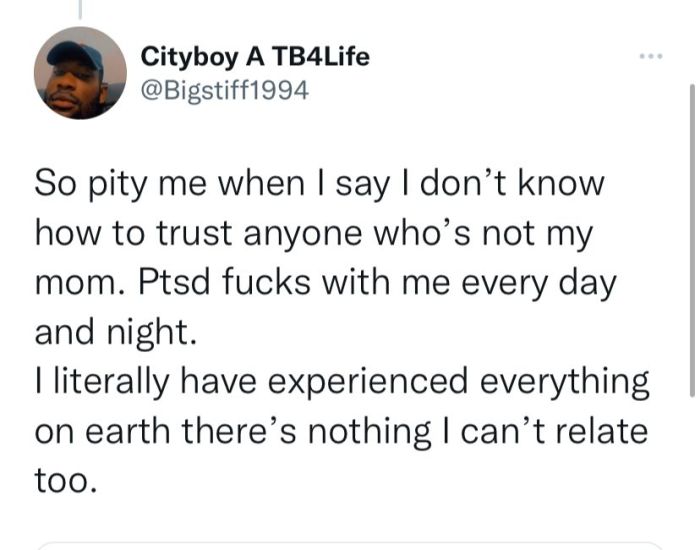 Read the chats below:- 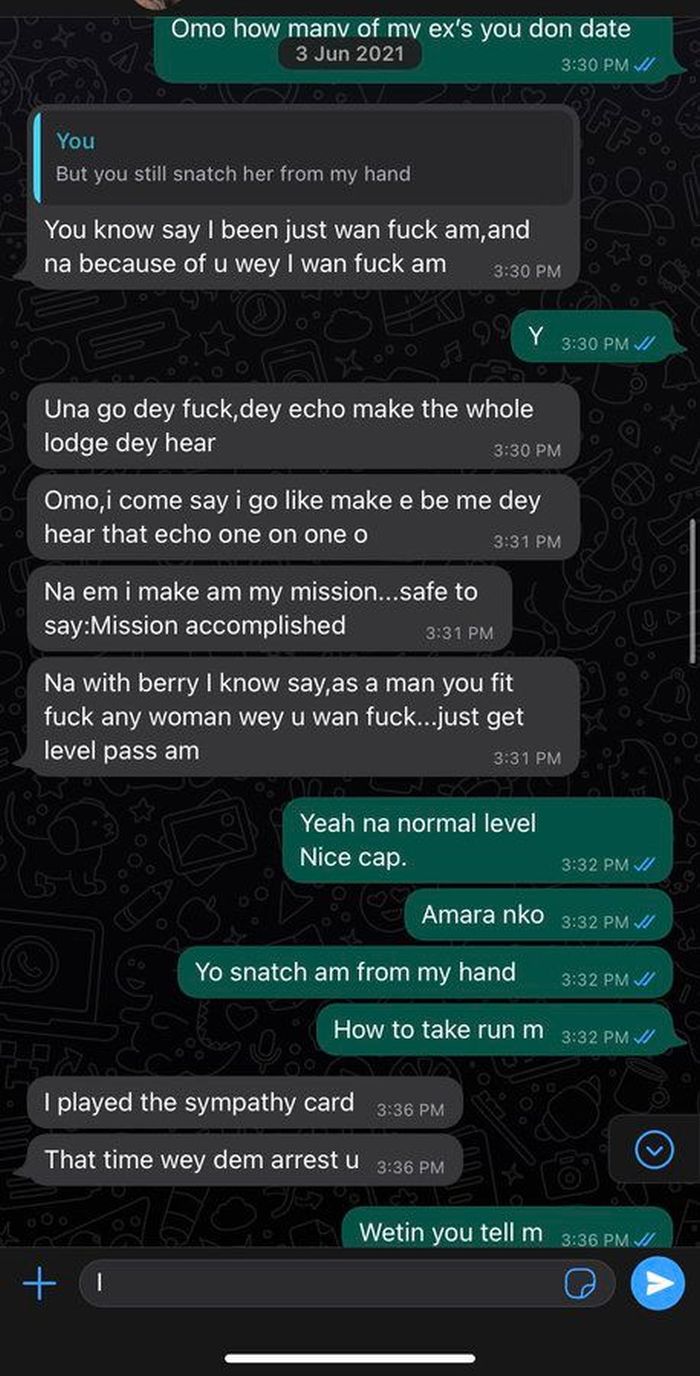 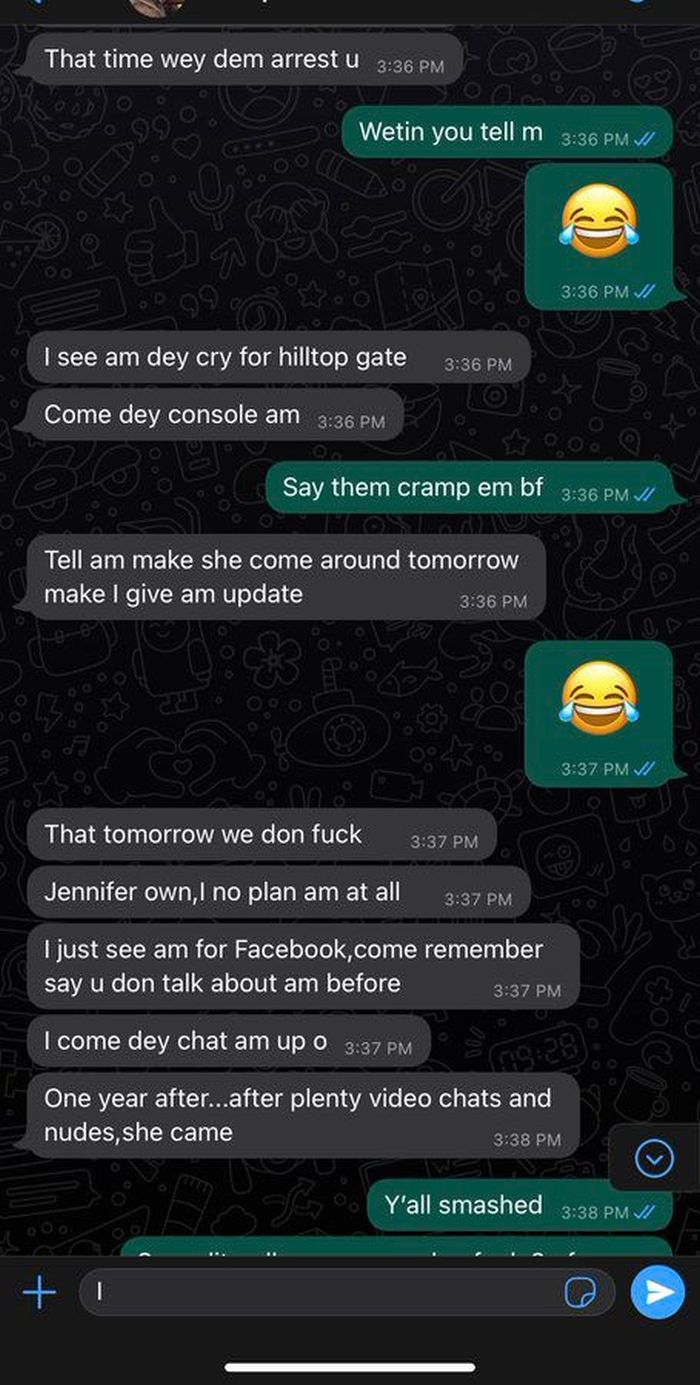 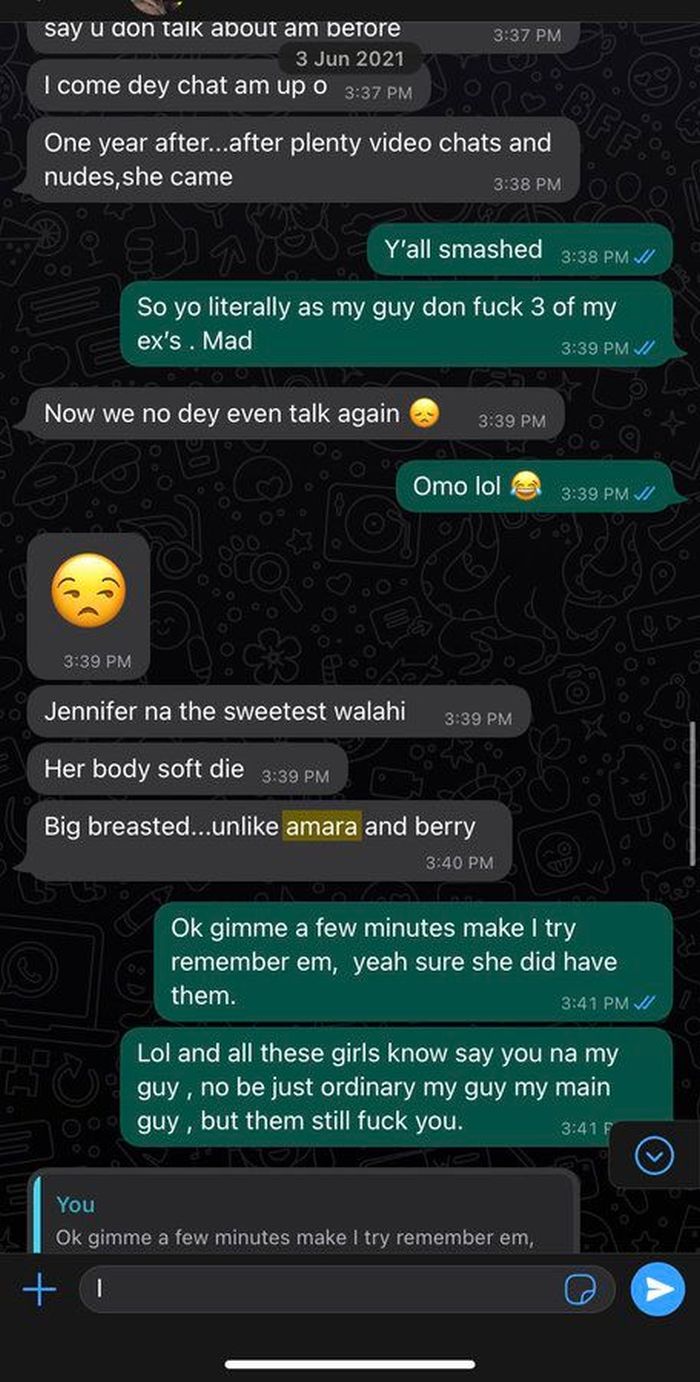 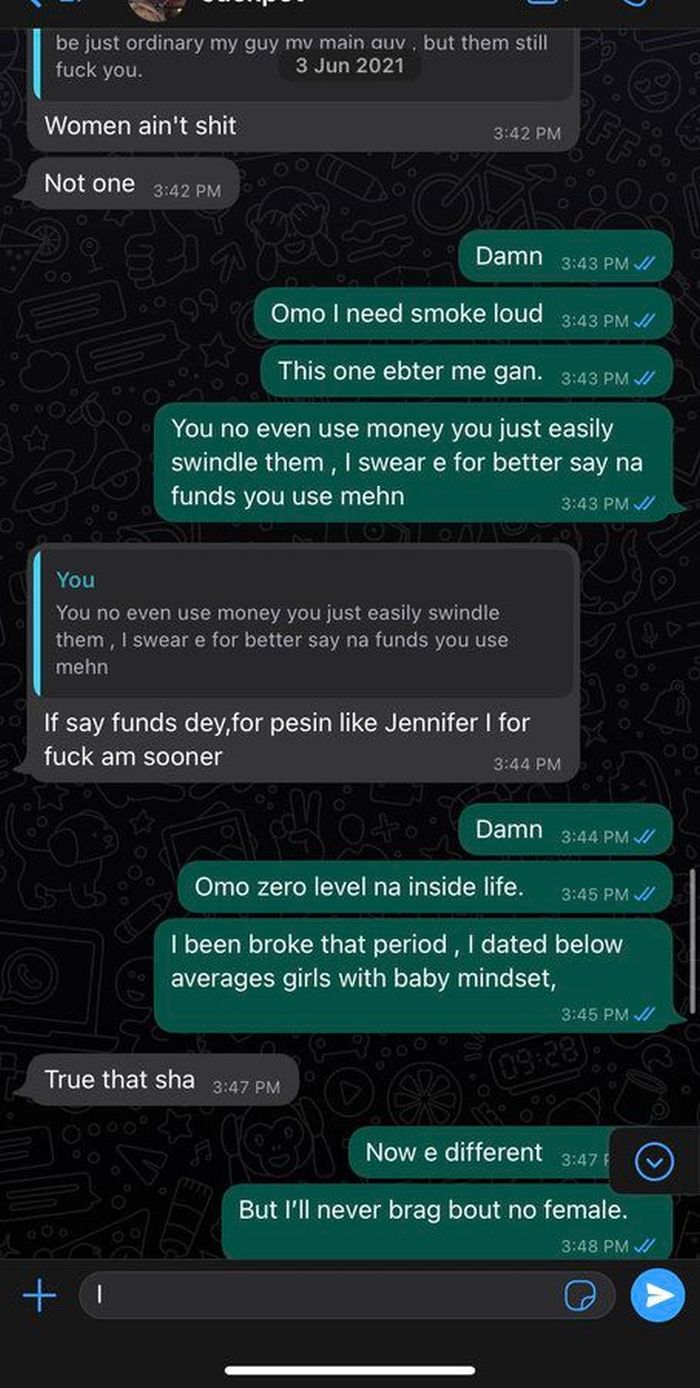 APROKO ASK!! How Do You Feel About Women That Squirts During $ex? (See This)

FREAKY FRIDAY!! Can You Have $ex With Your Babe While On Her Menstrual Period If She Begged You To?