Some Nigerian Muslims have called on the federal government to ban OAP Ned’s from using Islamic attires in his comedy skits.

They are calling on the ban of the comedy skits from Nedu because according to them, their religion is being sabotage.

They claim Nedu using Alhaji Musa, using Muslim dress to touch bre*st & y*nsh in the name of comedy does not sit well. 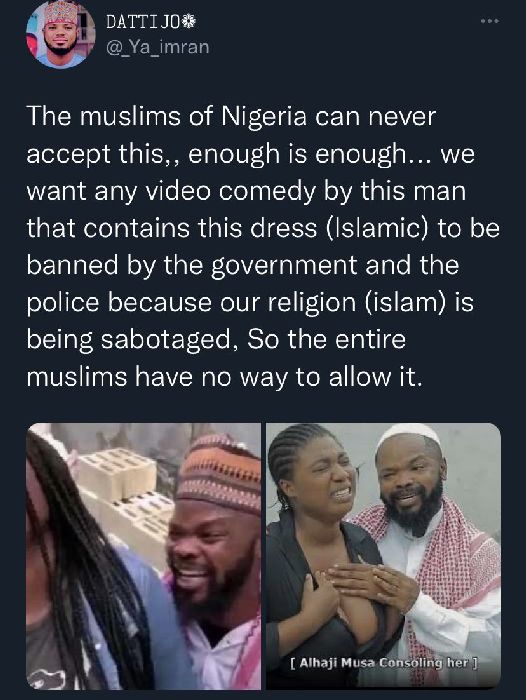 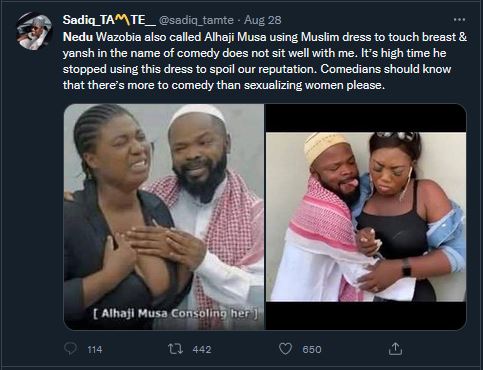 READ ALSO:  How I Have Been Managing Diabetes For 35 Years – Obasanjo
Related Topics:muslimNeduOap
Up Next