Nollywood actress Regina Daniels has been left speechless after her husband, Ned Nwoko surprised her with a N10 Million credit alert.

The actress and mother of two has been joining her husband in several of his political campaigns since he announced his political ambition.

Taking to her Instagram story, Regina Daniels revealed that Ned credited her with N10 million for being supportive.

According to her, she had accompanied him to his campaign which had left her hungry and tired.

Ever the romantic husband, he credited her account to ease her stress and tiredness.

See what she shared below:- 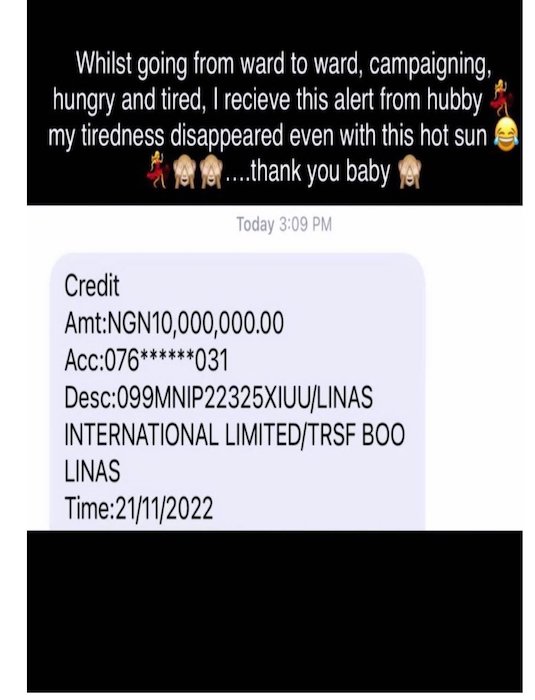 This isn’t the first time Regina is been spoilt by her love ones.