Popular Twitter influencer and medical doctor, Dr. Pending, has advised men to marry women who are within their class. This according to him will prevent them from inheriting poverty from their wives family.

Dr. Penking in a series of post advised men to be strategic when choosing who to marry. Using DJ Cuppy and Temi Otedola, daughters to billionaire oil magnate, Mr Femi Otedola as case study, he noted that they married wealthy men.

He therefore advised successful men not to marry ladies from poor families so that they won’t have to carry responsibilities that are bigger than them.

“Temi Otedola got married to Mr Eazi, a multi-millionaire and super star musician.
DJ Cuppy is getting married to Taylor, a millionaire boxer
Women always marry their class or higher.
They won’t look at your face if you aren’t their class.
When you finally make money as a man,

You MUST marry your class too.

Don’t go and carry one girl in the village and inherit the family’s poverty. Remember, if that girl were rich and you were poor, she wouldn’t look at your face. “You are not my type.” That’s what she would have told you. Love is not enough.

You have to be strategic in choosing your wife. Your choice of wife can either upgrade or destroy your financial status. Many men are poor today not because they don’t earn well but because they are carrying responsibilities that are bigger than them”. 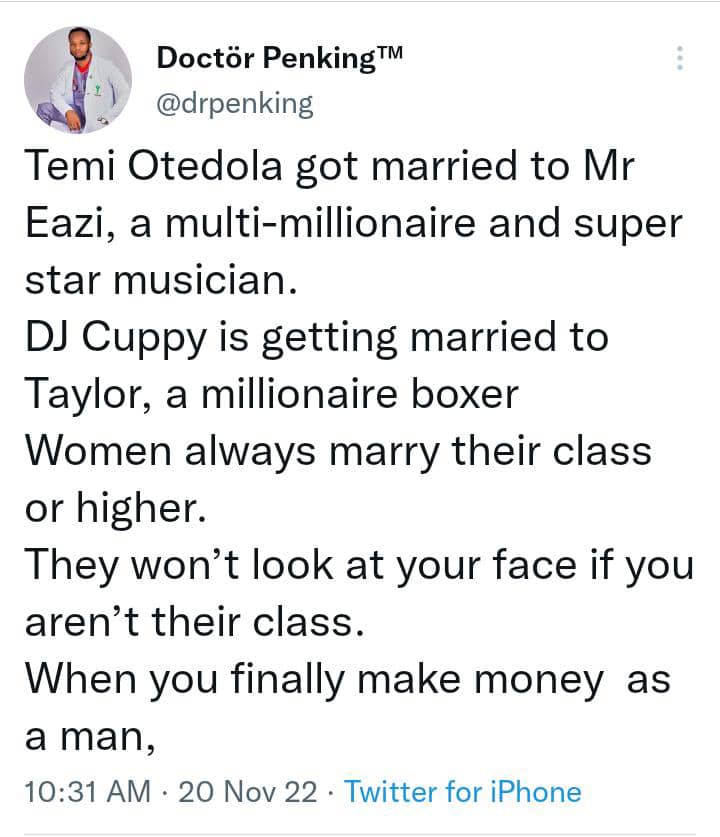 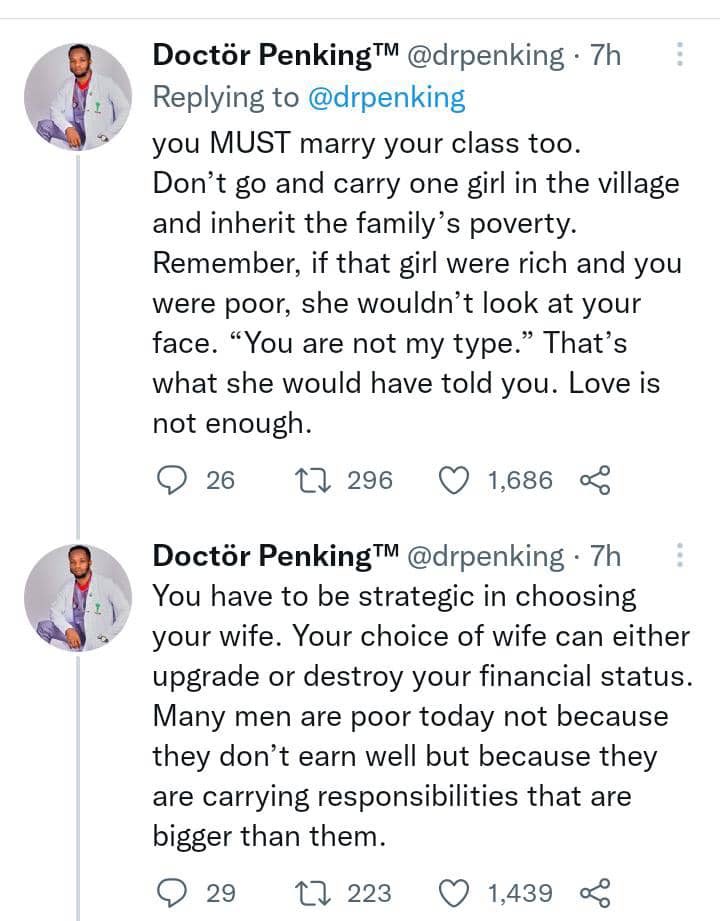 For Advert placement, music promotion, event coverage, social media & event management, or to share breaking news story with us, contact: +2347062811394 or +2347059964320.
READ ALSO:  One Dead, Others Injured In Fatal Accident In Otedola Bridge (Photos)
Related Topics:Dj CuppyOtedola
Up Next