A student at the Cross River State School of Nursing and Midwifery, Itigidi, has reportedly been expelled after explicit bedroom photos of her allegedly surfaced online.

A Nigerian journalist, Agba Jalingo, who shared the news online, said that the management of the school expelled the female student identified as Gracious Paradise over the viral leaked sex tapes.

CrossRiverWatch earlier reported that three sexually explicit videos of a student who is said to be the daughter of a popular clergyman surfaced online recently.

“The alleged videos of his daughter, who is reportedly a final-year student at the institution, made the school authorities send her home”, a family source who pleaded anonymity told the publication.

However, a member of the Governing Board of the institution said the Board is not aware of the development.

“I called to find out but the details are sketchy. But, we are to meet tomorrow, maybe it will be tabled there,” the board member said after asking if the lady was wearing the school’s uniform while carrying out the act.

Journalist, Jalingo claimed the photos were leaked online by the lady’s boyfriend.

“The boyfriend of the nursing student Itigidi, who leaked the sex tape should be arrested. I hear he is from Abi LGA”, he wrote. 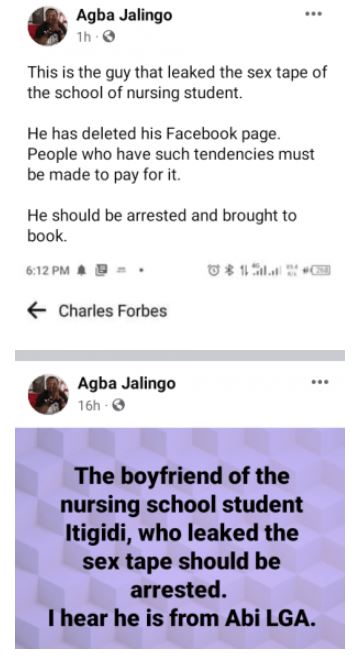 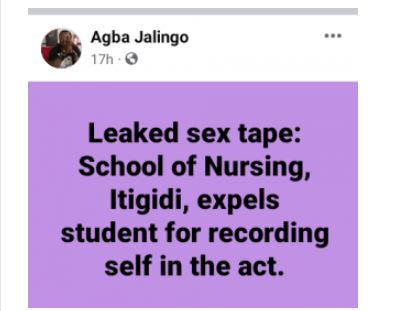 2023: We’re Not Under Pressure To Compromise Polls – Army