Controversial Nigerian crossdresser also known as Bobrisky, has pleaded for help from Nigerians.

The crossdresser came out to ask for help after his stylist defrauded him of two million naira just before his birthday.

According to Bobrisky, who described an unpleasant incident between himself and a purported stylist for his birthday.

He went on to say that he started to feel concerned when the stylist stopped giving him updates on the outfits and just called to ask for the balance.

The crossdresser claimed he fled with his two million naira to another nation and shared screenshots of his discussions with his stylist. 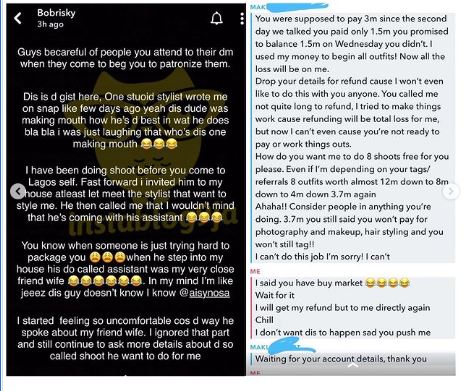 FREAKY FRIDAY!! Between Women And Men, Who Enjoy S*x Most? (A Must Read)