Super Falcon and Barcelona strike, Asisat Oshoala, has been crowned 2022 CAF women’s Player of the Year.

The 27-year-old was announced the winner at the gala held in Rabat, Morrocco, on Thursday.

With this win, Oshoala becomes the first player in history to win five African Player of the Year awards. 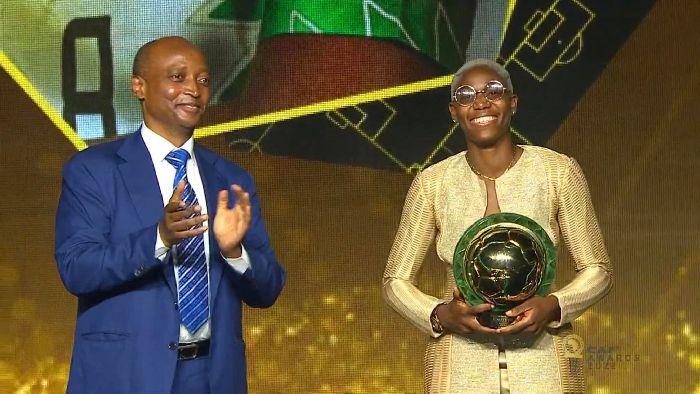 The winning is her fifth time winning the award, going beyond former Falcons striker, Perpetua Nkwocha.

The 2021-22 campaign can be said to be Oshoala’s best yet as she played a pivotal role in her Spanish side’s treble charge – the Spanish Women’s Super Cup, Copa de la Reina and the Primera Division.