Coming after popular pastor, Apostle Johnson Suleman was accused of having reckless sexual relationship with different actresses, alleged victims of the situation, Halima Abubakar and Shan George have come for one another.

The allegation was made by Instagram gossip blog Gist Lover. Gist over claimed that Apostle Suleman dated and impregnated Halima Abubakar, then he asked her to abort the pregnancy but she refused.

Gist Lover alleged that this angered the apostle who then used “juju” on the Kogi born actress.

It was alleged that the apostle struck her with some juju that made her stomach protrude for months and she bled all through.

Halima didn’t deny the allegation, instead, she sent video evidence of her protruding stomach and damaged skin, claiming that she has done all kinds of tests, yet they doctors couldn’t find anything wrong with her.

Other actresses named in the saga and accused of getting a dose of the apostle’s penis are; Iyabo Ojo, Shan George, Ini Edo, Mercy Johnson, Georgina Onuoha, Chinyere Wilfred, ANgela Okorie, Queen Nwaokoye, Mary Uranta and a host of other Asaba-based actresses. 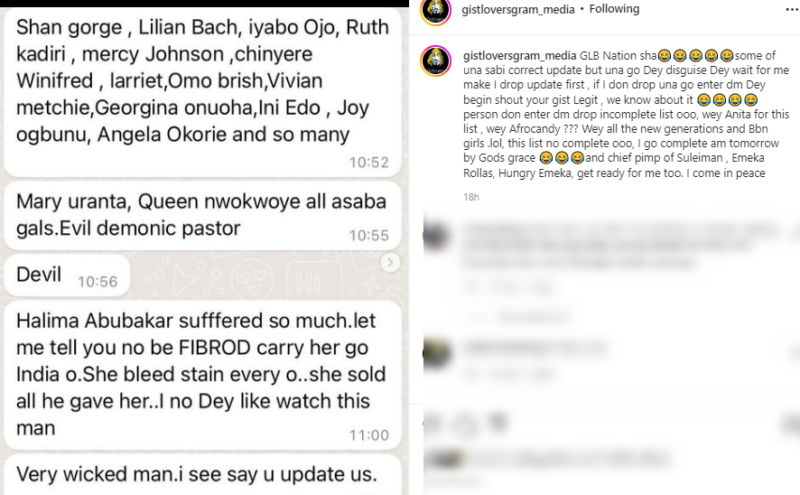 Among all of them mentioned, Shan George took to her Instagram page to stylishly debunk the report. She shared a photo of Suleman and wrote;

One of the kindest and straight forward persons I kno is Apostle Johnson Suleiman. Just like in his numerous sermons, he says it blunt as it is, and that’s something I respect in pple. Not everything is about intimacy.
As for Gistlover, he’s one person I’ve never met but hv a lot of respect for as well. Bcos hr speaks for d downtrodden and don’t care if bullet hits him. Me I no fit deny my pple wey I respect. But I never at anytime dated the Apostle. I be water, I no get enemy.

Reacting to the post, Halima called her a liar, bloody gossip and more. See her response below: 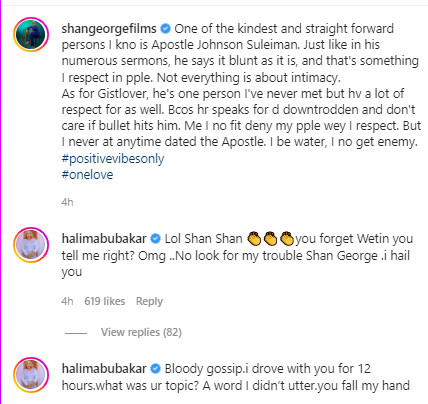 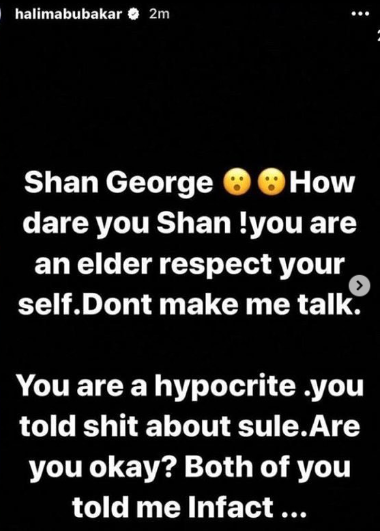 Related Topics:Apostle Suleman’s
Up Next